What made our wedding offbeat: We live in Lanzarote, one of the Spanish Canary Isles, just off the coast of Morocco. Everyone had to come a few thousand miles so we made a week of it — well, a fortnight if you count the first arrival and last departure. 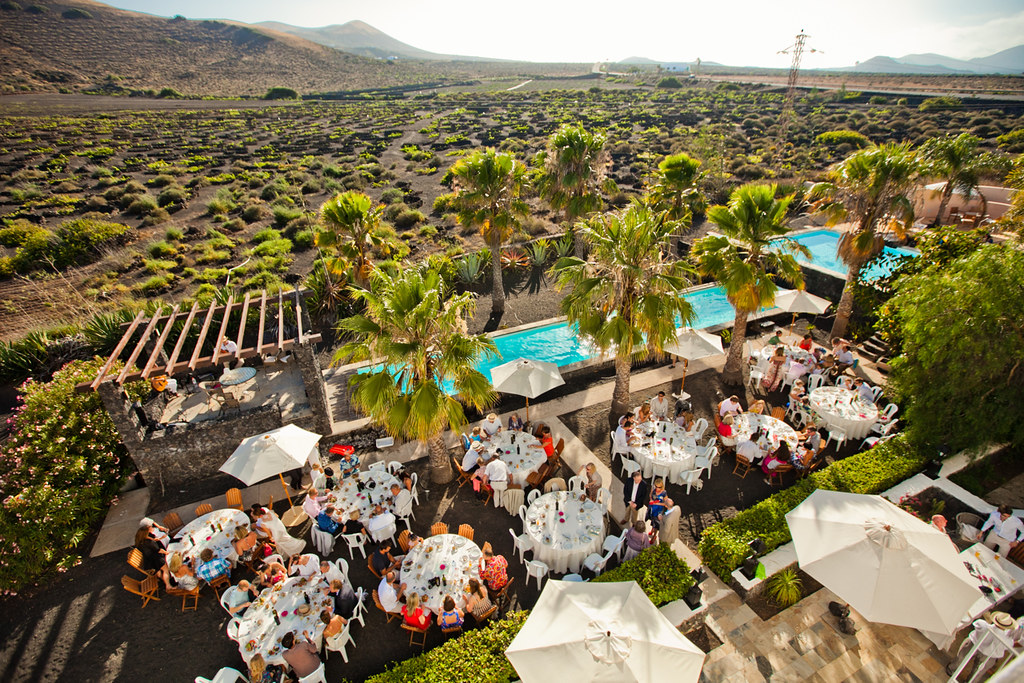 The venue, Casa Tegoyo, was an old hotel, but now is the private house of people we know on the island. It became our home for the week. It's a beautiful old Spanish hacienda with a swimming pool and volcano views set in the local vineyards. 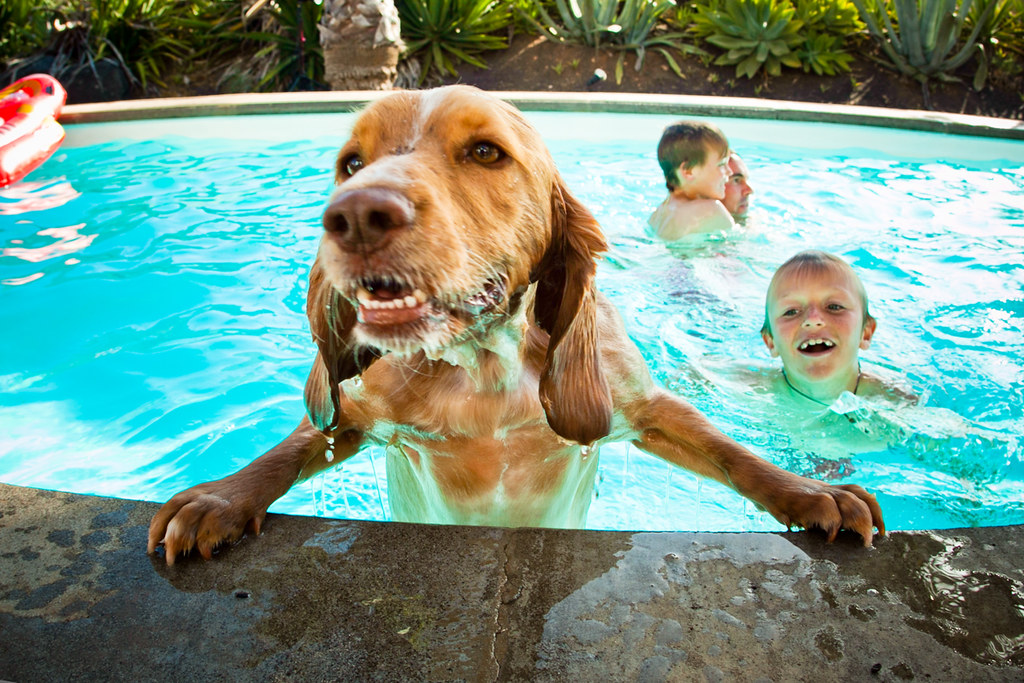 We surfed, snorkeled, scuba dived, hit the beach, barbecued, and went on a Catamaran trip along the coast. Basically, we spent time with the people we love, hung out and chewed the fat on the island we call home. It was the perfect wedding wind-up and wind-down.

The dress was summery and bright. We had everything from flip-flops and boardshorts to Hawaiian shirts, kilts, kaftans and linen suits.

A few of the guests, the groom included, don't drink, so we wanted it to be as special for the non-drinkers as the drinkers. We tracked down a local juicer at one of the markets and brought him, his wife and their giant orange to pump out freshly squeezed orange juice all day long.

The food was from the best chefs on the island and was hot off the barbecue all day long. It was very relaxed — find a table, plonk yourself down, dangle your legs in the pool, move around, kick back on the loungers, wherever takes your fancy…

We have plenty of musical friends so we pooled all our favors and had three bands playing everything from acoustic renditions of Lady Gaga, while people ate to old Beatles and Stones numbers for our folks, to Ska mayhem to round things off. Everybody was dancing and pogoing under the stars waving their glow sticks — we had mums, dads, nephews and friends all waving their hands like they just don't care circa 1990. 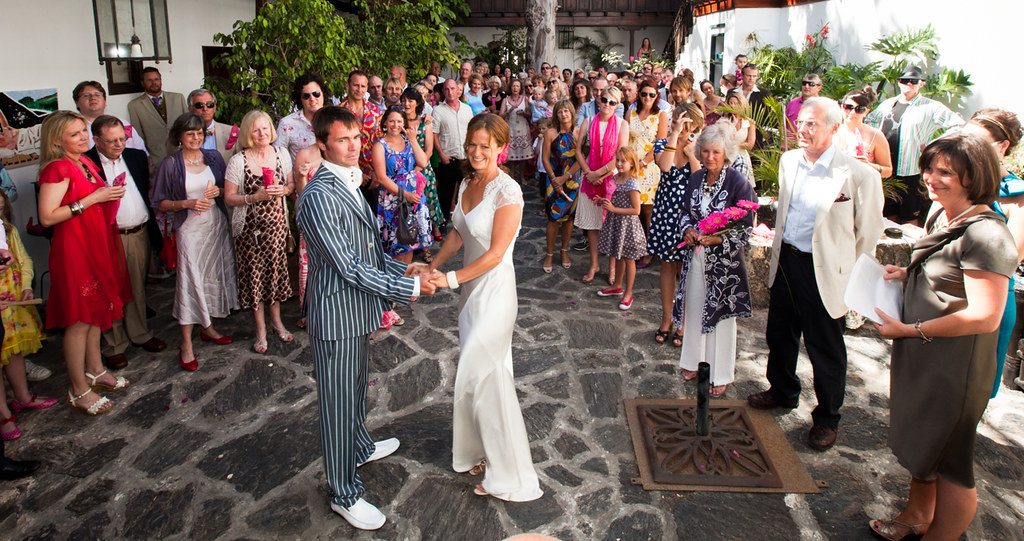 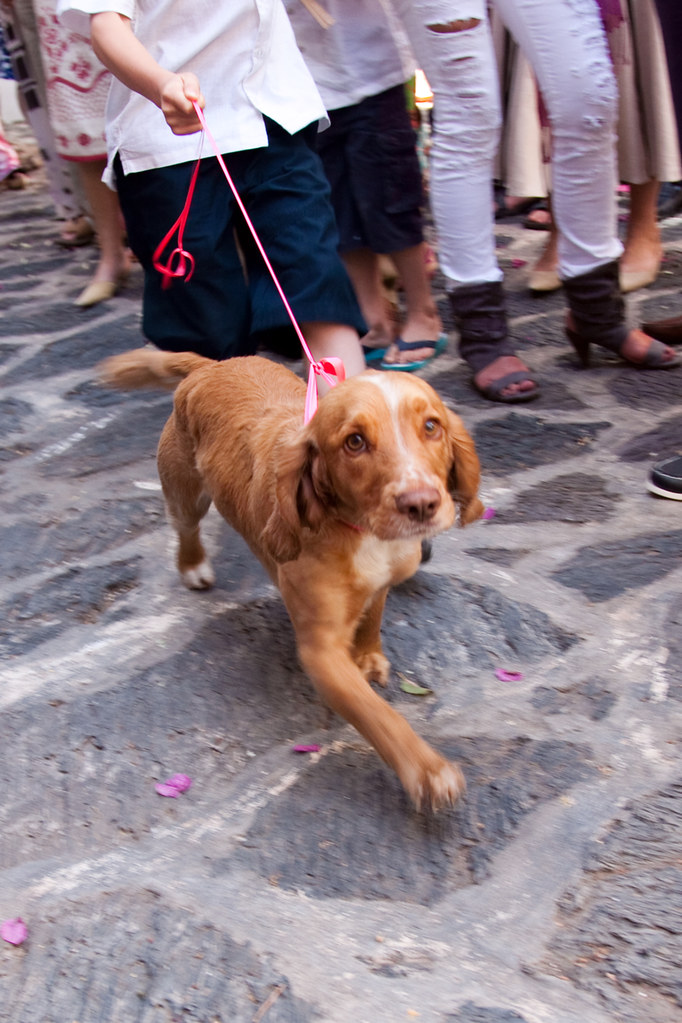 Tell us about the ceremony: Our service was all in Spanish and the last thing everyone does in a Spanish service is shout "Viva los novios," or "Long live the newly weds."

The Spanish ceremony is very short — about three minutes! — so we had some readings read by our sisters and a poem by our nephews. That made it about ten minutes. Hilariously, but refreshingly short!

Obi, our dog, was the ring bearer. 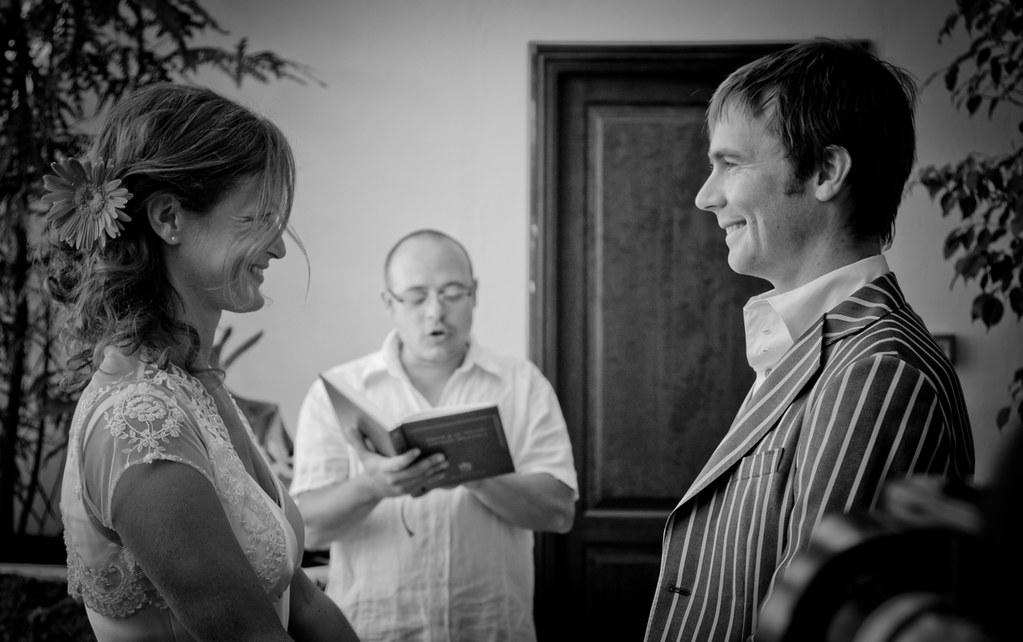 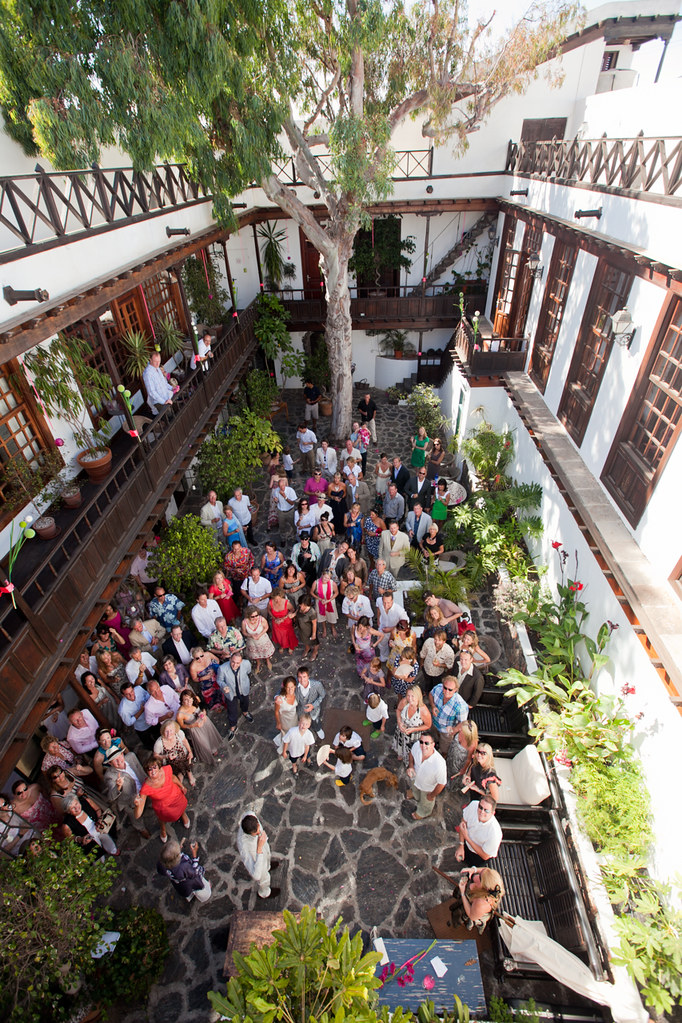 Our biggest challenge: We met, got engaged, and got married within a year having found each other on Facebook fifteen years after being at University together. We got together on a small, desert island off the coast of Africa, we got engaged after five months, and planned to get married on our year anniversary.

We had totally different ideas of how we'd like to get married. We set off on a wonderfully challenging journey of discovery about each other! From bouncing up against each other, we learned and compromised and, not only ended up with the perfect day, but we had more respect and understanding for each other. 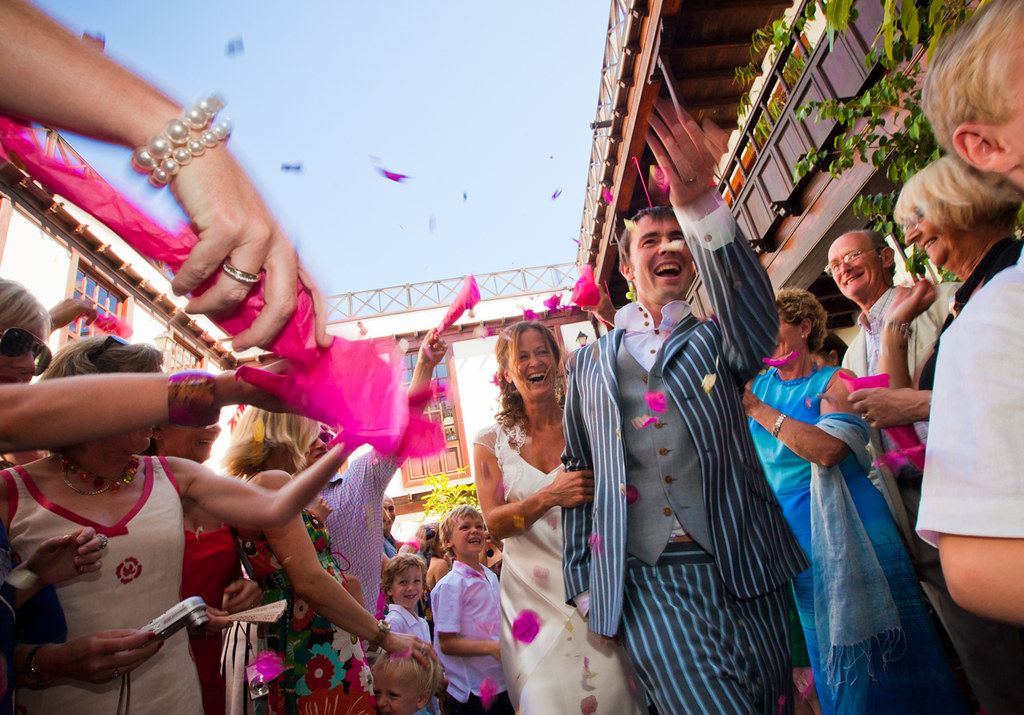 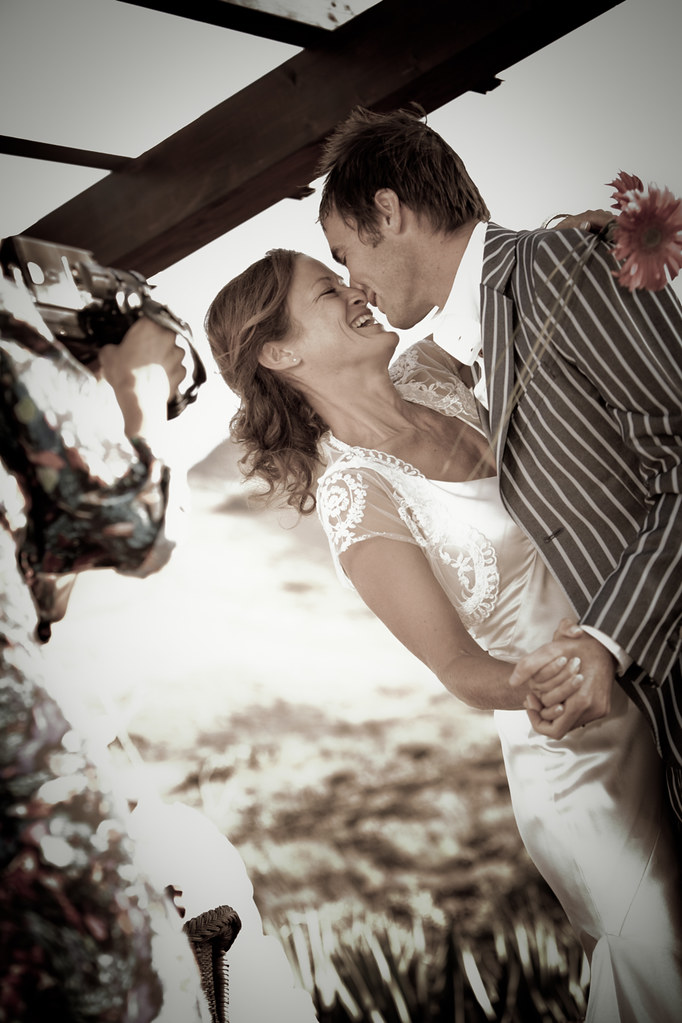 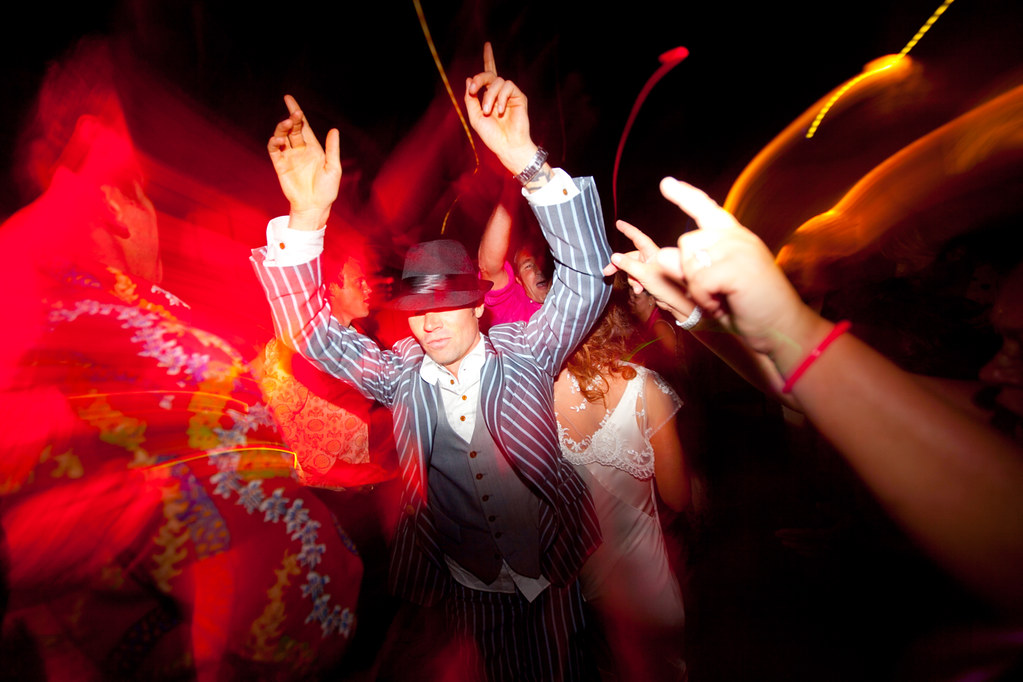 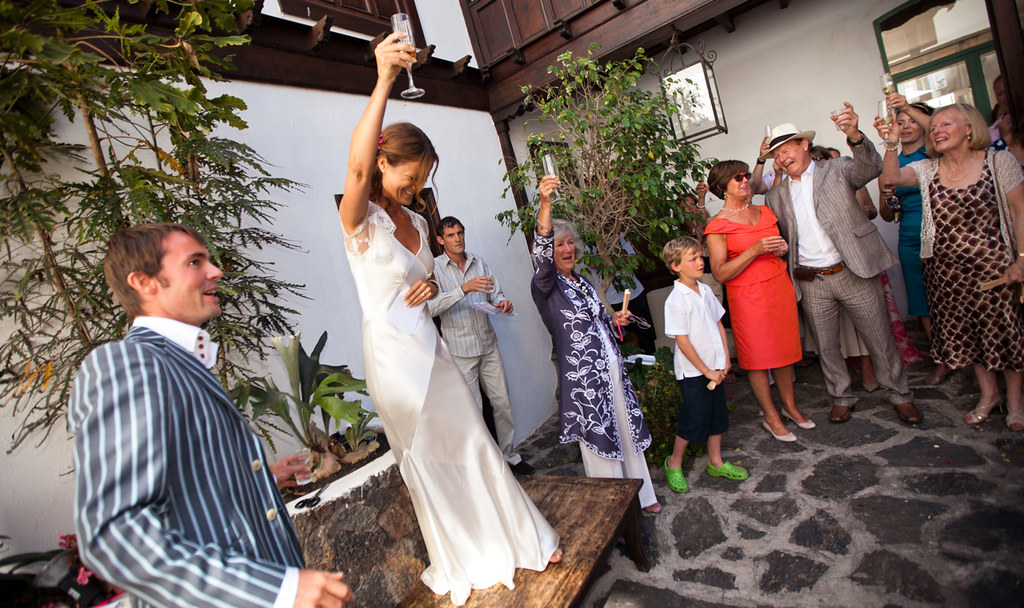 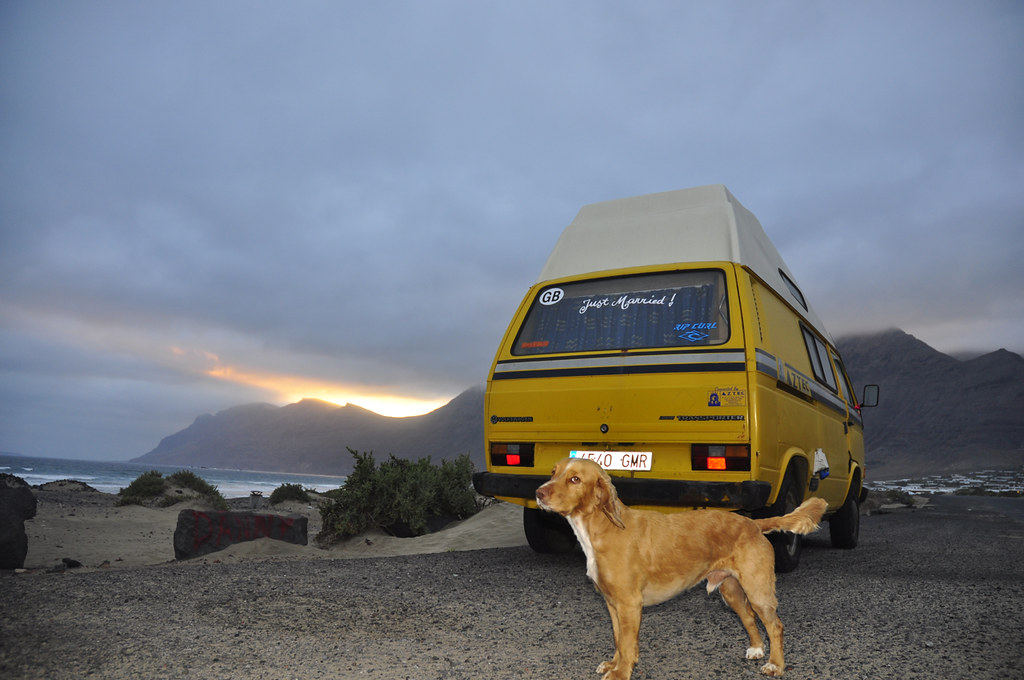 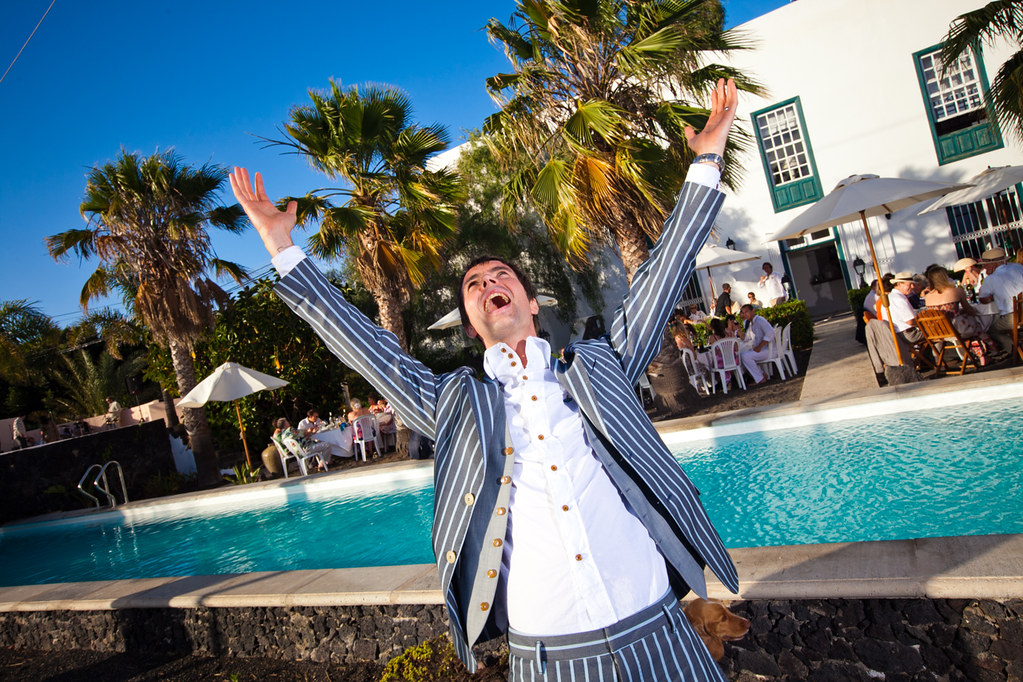 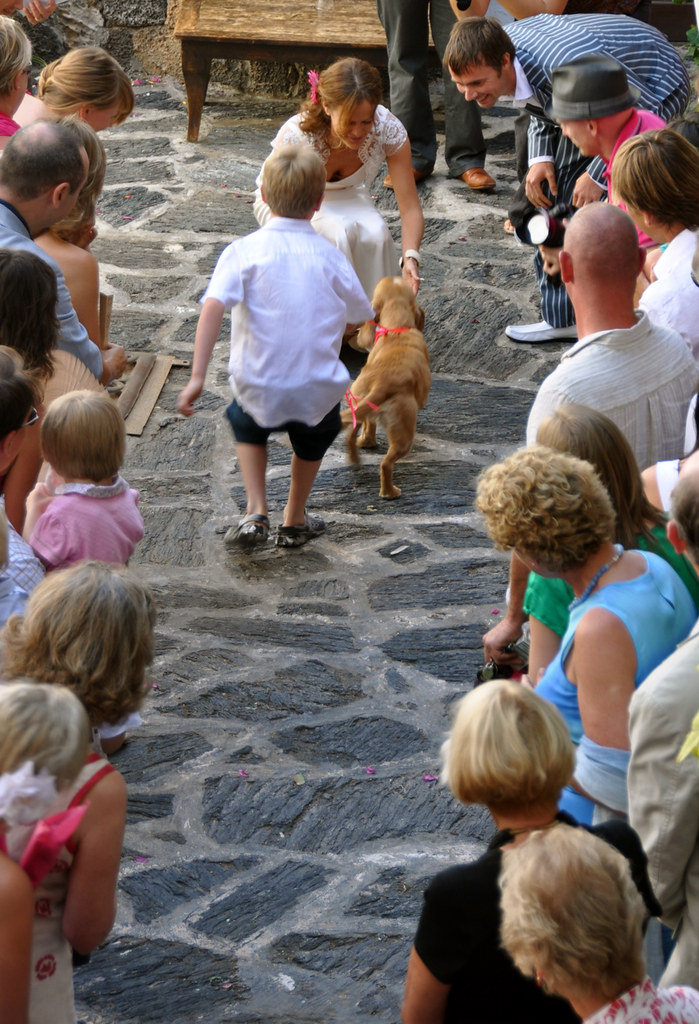 My funniest moment:
Lynton: watching my dad pogo-ing to Ska.
Pi : our dog trying to get to us throughout the ceremony and him not knowing it wasn't his turn until the exchanging of the rings. Then, with the rings around his neck, he literally pulled my nephew down the aisle as he clambered to get to us!

Was there anything you were sure was going to be a total disaster that unexpectedly turned out great?
Lynton: The entire day/ week
Pi: Lynton being the center of attention. I knew he didn't want to be center of attention with all eyes on him. See our wedding photos and tell me if he looks like he was as a shrinking violet that day! 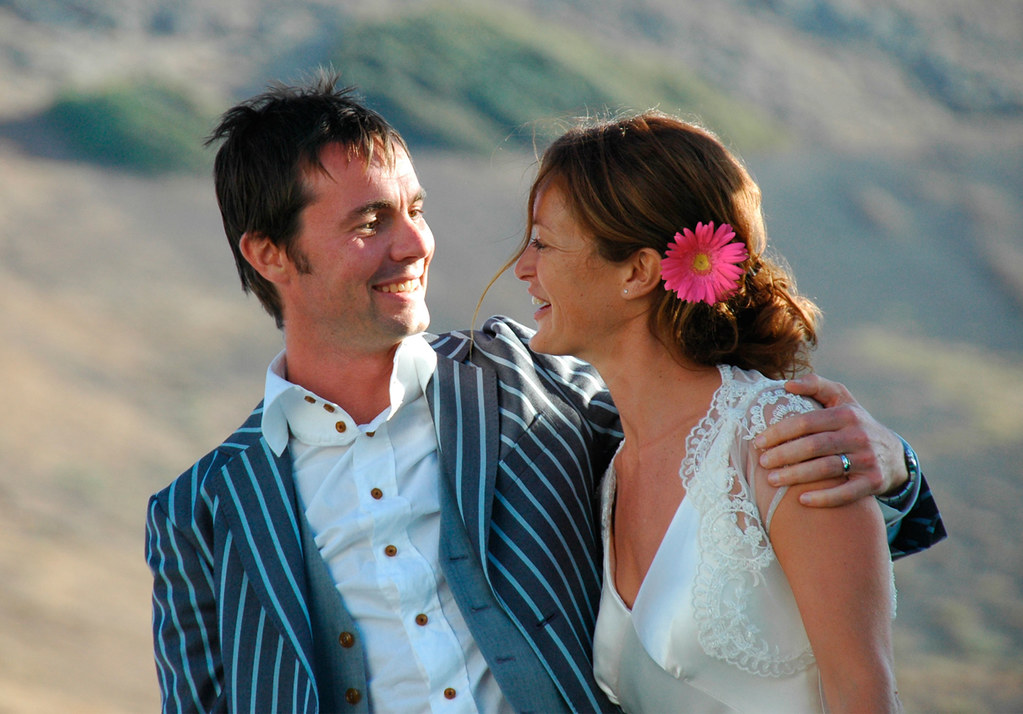 My advice for offbeat brides: No matter how offbeat you want to be, it isn't just about you. It is two families and two sets of friends. It is bigger than the both of you.

What was the most important lesson you learned from your wedding? Six months to plan is doable, but very stressful!!!

Think big. Retain your individuality and do it your way, but don't stamp it on people. The day is way bigger than you and there is no bigger joy than seeing other people happy. 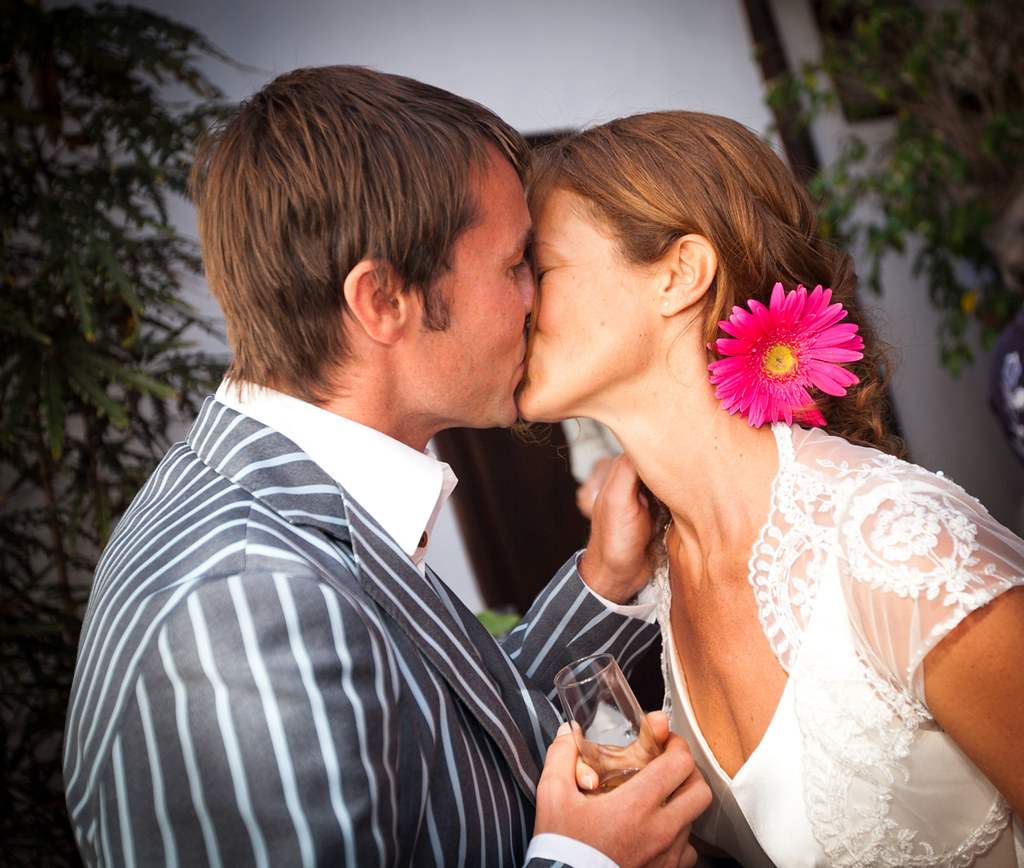 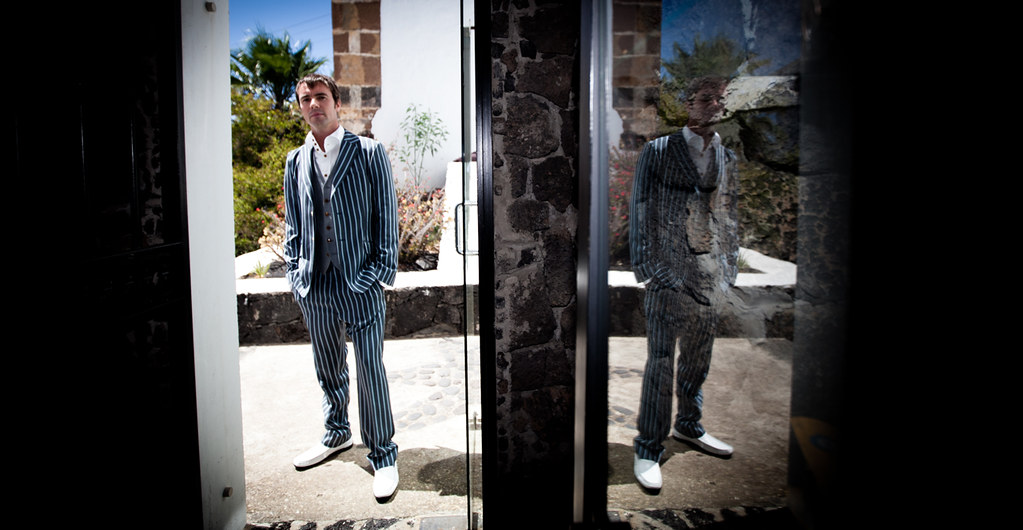 NEXT
The Force is strong with this wedding